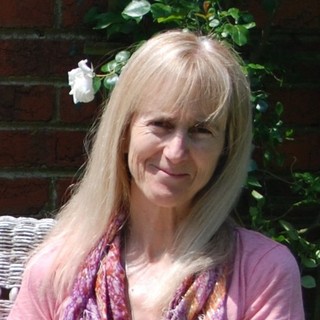 Sara Mansfield Taber was raised in Asia, Europe, and the United States as the daughter of a covert CIA operative. She has a Doctorate in Human Development from Harvard University, a Masters in Social Work from the University of Washington, and a B.A. from Carleton College. In her doctoral work, she specialized in cross-cultural human development, a blend of psychology and anthropology. A writer of literary nonfiction, her works include literary journalism, personal essay,and memoir. She is the author of Born Under an Assumed Name: The Memoir of a Cold War Spy's Daughter (Potomac Books), as well as two books of literary journalism: Dusk on the Campo: A Journey in Patagonia (Henry Holt) and Bread of Three Rivers: The Story of a French Loaf (Beacon). She has also written a writing workbook for internationally global youth entitled, Of Many Lands: Journal of a Traveling Childhood (Foreign Service Youth Foundation). Sara Taber's memoirs and essays have been published in national literary magazines, newspapers such as the Washington Post, and produced for Public Radio’s All Things Considered. Her work appears, also, in the anthologies, Notes from a Traveling Childhood and Unrooted Childhoods. She was a past William Sloane Fellow in Nonfiction at the Bread Loaf Writer’s Conference, and has been awarded residencies in creative nonfiction at the Virginia Center for the Creative Arts.

Sara Taber has had a wide-ranging career. After college, she worked as a field biologist, on studies of whales in Argentina and in the Arctic. She later worked as a psychiatric social worker with disadvantaged children and families, and then served on the faculty of the University of Minnesota School of Social Work for several years. Her scholarly articles were published in social science, historical, and biological journals, and she was the recipient of many scholarly grants and fellowships, including a Spencer Foundation fellowship from the National Academy of Education. In 1991 she left her academic career to work primarily as a writer, editor, and teacher of writing. She has taught writing for fifteen years at The Writer’s Center in Bethesda, Maryland; in the Masters of Arts in Writing program at Johns Hopkins University; in the M.F.A. program at Vermont College of Fine Arts; and in private seminars both in the U.S. and abroad. She is married, with two children, and lives in the Washington D.C. area.