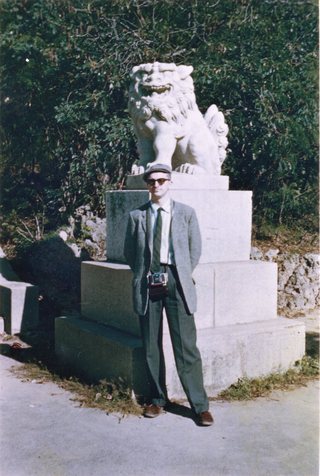 My father in Hong Kong

BORN UNDER AN ASSUMED NAME: THE MEMOIR OF A COLD WAR SPY'S DAUGHTER

From the preface of BORN UNDER AN ASSUMED NAME:


I was born under an assumed name.

It was in Kamakura that my parents first went under. “Mr. Brown,” a colleague, met them at the Tokyo airport after the endless flights from Washington. As he was driving them the forty miles to Kamakura near the coast he asked them to select a surname. Once they arrived at their new home, nestled into a mountain slope beneath an ancient, three-story high Buddha, they settled into their new identity...

This is the story of a childhood spun with the strange elixir of secrets, hushed goings-on--and a father always slipping away before dawn. It is a strange life for a child: rich in exotic cultures and delicious pleasures—and constant upheaval and loss.

As she takes the reader on a tour of the North American, Asian, and European countries to which her father was assigned, Sara Taber tracks two identity stories: her father’s and her own.

She struggles for normalcy as she is plopped down in and ripped away from schools in far-flung places, places such as a tiny American school in The Netherlands; Sidwell Friends, a high-powered, elite Washington D.C. prep school; and a missionary boarding school in Japan. From continent to continent, and through periods of psychological turmoil, she grapples with conflicting thoughts about her father, American soldiers, American spies, world events, and her country’s role in the world. It is only after a psychiatric hospitalization at age sixteen in a U.S. Air Force psychiatric hospital that also treats shell-shocked Vietnam War veterans, that she comes to a clear sense of who she is.

Meanwhile, with time, the requirements of her father’s job--the duplicity, the secrets, the covert actions of dubious moral or practical value that put others’ lives at risk—become a heavier and heavier burden, until they weight down his pockets like stones, or like vials of poison from the market, and turn his laugh into a startling, rare joy. Over the eighteen years of my childhood, her father becomes increasingly disillusioned with his work, his agency, and his country.

The question at the heart of the book is: What does it mean to be an America? As she moves move from country to country, young Sara confronts the generosity, greatness, and tragedy that America heaps on the world. 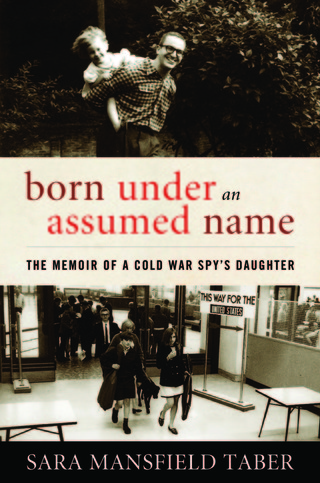 BORN UNDER AN ASSUMED NAME: The Memoir of a Cold War Spy's Daughter